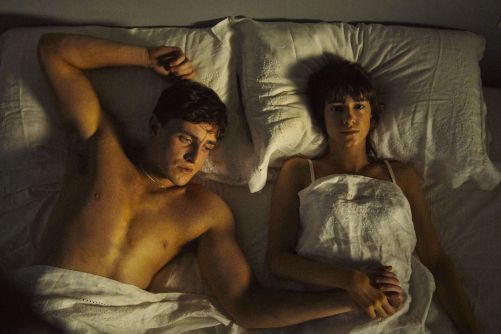 Unless you’ve been living under a rock during the COVID-19 pandemic, there’s no way you could have avoided hearing of Sally Rooney’s highly acclaimed novel Normal People. Over the last few months, and particularly during the COVID-19 lockdown, all I’ve seen is rave reviews galore from eager readers when scrolling through ‘must-read’ lists on Goodreads, and excited hubbub about the BBC adaptation, which was released earlier in the lockdown period.

I finally gave into the hype and downloaded the title on my Kindle, going on to read the whole book within a day. This isn’t to say that the book is a fast-paced page-turner: it’s not. In fact, the pace of the plot is deliberately slow and seems to touch upon a lot of the ‘mundane’ as opposed to cataclysmic twists and turns that keep readers on their toes. But after a hefty period of reading serial crime thrillers, it turns out that I needed the respite of an easy read, and this one went down like a bottle of wine after a hard day at work.

Normal People is the story of two lonely people a.k.a the protagonists, Connell and Marianne, students in the sleepy village of Sligo who are drawn to one another as unusual allies despite being divided by school popularity. On the face of it, Connell is a well-liked football-playing poster boy for the school whilst in contrast, Marianne is the sullen and snappy outcast who daydreams away her classes and accepts her solitary existence with little to no complaint.

Behind closed doors, the pair strike up a secret relationship. They spend the following years pursuing their separate paths, drifting in and out of each other’s peripherals. Their raw magnetism is tested by differences in social standing, mental illness, uprooting to Trinity College and being trapped in doomed relationships with other fleeting lovers.

What I like the most about Normal People is that Rooney’s protagonists are introspective and ‘misunderstood’ yet somehow, she dodges the cliched go-to formula of portraying them as brooding teenage archetypes. Instead, Connell and Marianne are likeable yet frustratingly flawed figures that the audience can’t help but identify with. At the heart of the novel is the prominence of all that is left unsaid: there are often heartbreaking exchanges that consist of misunderstandings, fuelled by the silence of repressed responses. There are moments you wish you could reach into the narrative and give them a good shake, or shout at them and ask why the hell they insist on being so uncommunicative about their feelings at the expense of a potentially beautiful relationship. There are also moments in which you can’t help but root for them to figure their personal and collective issues out, so that they stand a chance of making a real go of things.

The story is remarkably ordinary, and feels more like the narration of your friends’ lives than it does some grand spectacle filled with exaggerated details of a love you’ve never seen in the real world. For this reason, I think it’s safe to say (in retrospect) that there’s a quiet charm about the novel, and though I wouldn’t say my life was changed through reading, I’ve found myself reflecting fondly on the experience in the aftermath. This effect was only amplified by watching the BBC adaptation.

The emotional dams burst in the final scene and I spent a solid fifteen minutes sobbing my heart out, to the entertainment of my S/O. I was in hysterics because it felt as though the series had really enhanced the understated power of the novel in a way that made me only appreciate it even more. As an adaptation, it was wholly faithful to the source material and the intimacy of the protagonists was brought to the screen beautifully. The performances by both Paul Mescal and Daisy-Edgar Jones were phenomenal and their chemistry was alluring, enough so that I noticed my partner had been drawn into watching over my shoulder, despite his initial insistence that the show was not his cup of tea… It, weirdly enough, provoked interesting conversation about the ways in which women and men deal with emotions within relationships and helped us to evaluate our own modes of communicating with one another. So thanks, Sally Rooney, for unintentionally being our relationship counsellor: you helped to bring a lot of interesting stuff to the surface!

Normal People conveys the beauty, ugliness and complexities that comprise modern love. It’s a book of realism and a candid conversation about social class, mental health and the ways in which we hide ourselves from the ones we love. If you haven’t had a chance yet to check it out, I would recommend using your lockdown wisely and giving it a go.

Let me know your thoughts! 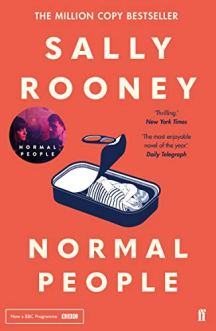 For music collaborations, publication opportunities and general enquiries, please contact me via email: